Friday: „Rosia Montana for UNESCO” actions all over Romania

Demonstrations at ruling party PNL headquarters announced for today morning from 9AM all over the Romania. 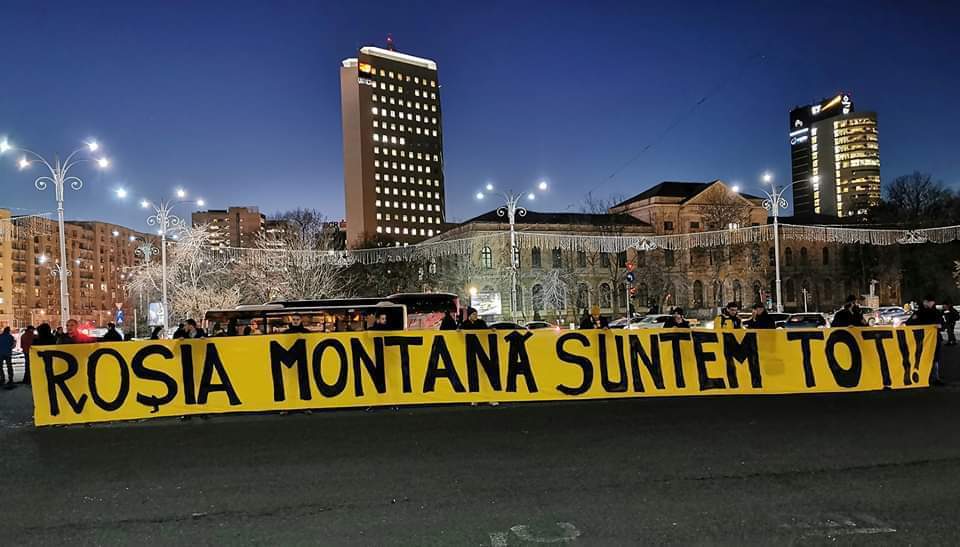 Today at 19.00 the deadlines expires for the Romanian government to notify the UNESCO Secretariat in Paris to proceed with Rosia Montana's nomination to the World Heritage List. The procedure was started in December 2015 but stalled by the former PSD government. The current PNL government promised to take up again the stalled procedure but now refuses to do so, despite the Friday deadline. If they don't take action then Rosia's current nomination is stopped. The houses and patrimony will continue to degenerate exposed to the weather. Importantly it means that the government is leaving the option open for Rosia Montana to be traded in a settlement with Gabriel Resources in the current ISDS case in Washington, meaning to trade Rosia Montana against having to pay damages. This is actually the only logic conclusion for their refusal and this means that the Rosia Montana gold mine still is a possibility. 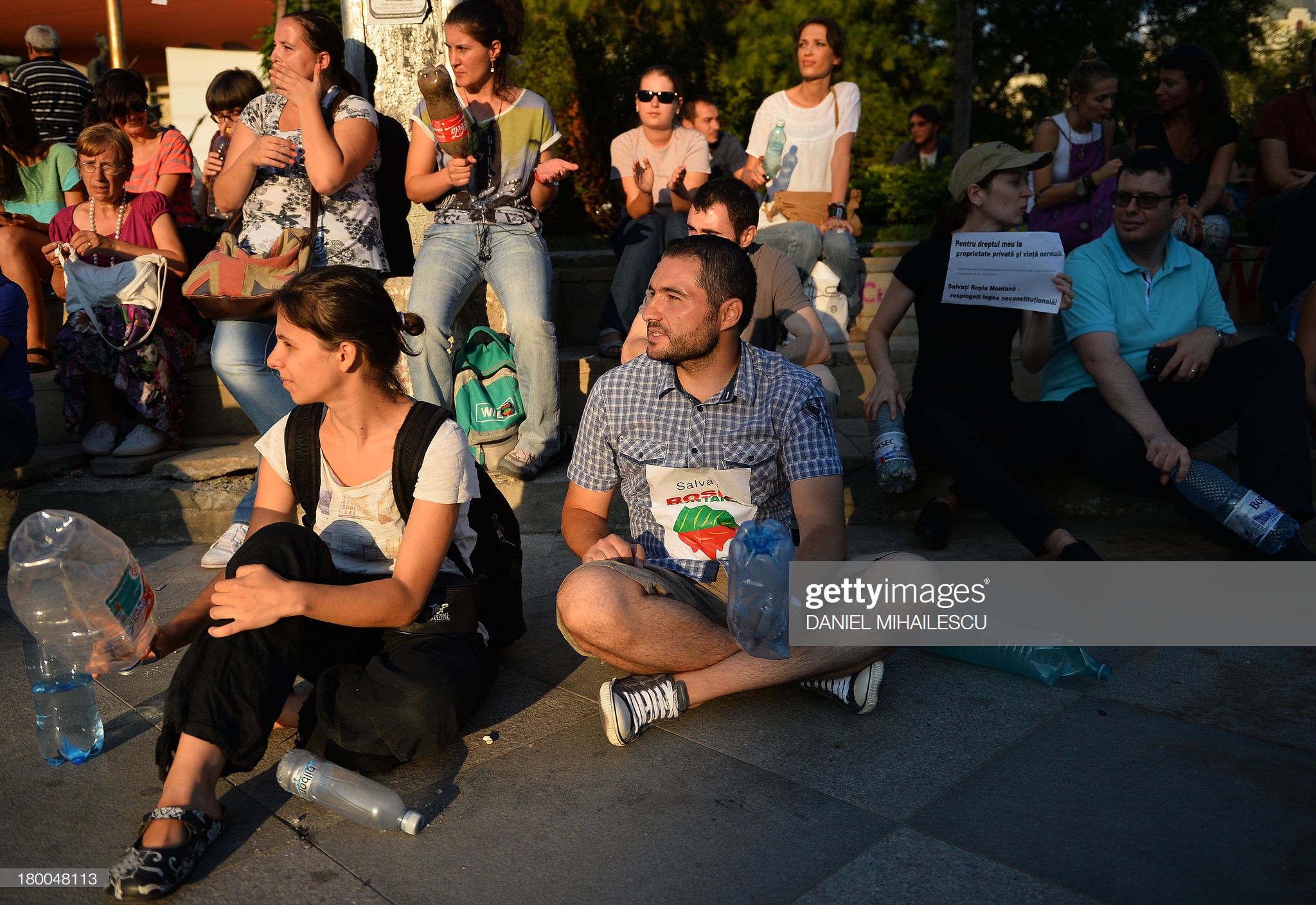 Why the urgency of these actions? 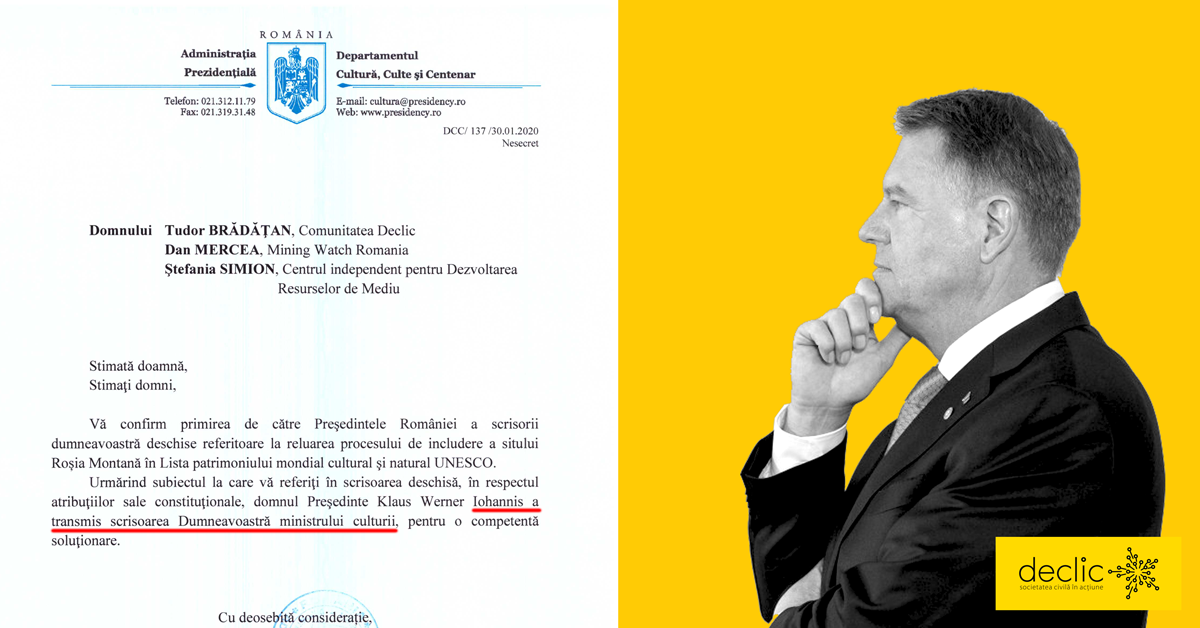 Klaus Iohannis's response to Roşia Montană is disappointing! He passed the responsibility to the Ministry of Culture, practically to the Government that refuses to unlock the procedure at UNESCO. (DeClic)

The letter above was released yesterday afternoon by the office of Romania's president. It is reply to a letter sent by several NGOs and lawyer asking the president to intervene to ensure that the minister for culture changes his mind and proceeds with the stalked UNESCO procedure. In this letter the president says that this is not in his competence and that instead he will forward the NGO letter to the minister for culture, who already declared that he won't take up the stalled procedure. 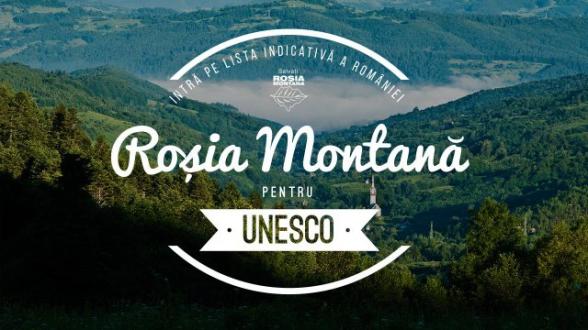